Email ThisBlogThis!Share to TwitterShare to FacebookShare to Pinterest
Labels: ourproblems and solutions, society 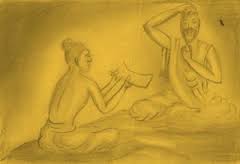 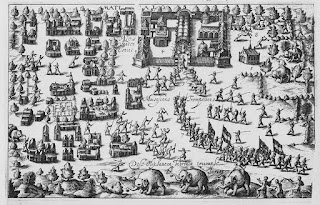 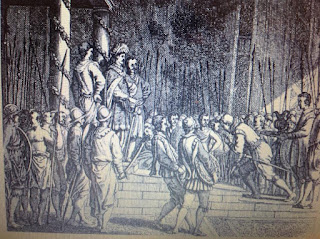 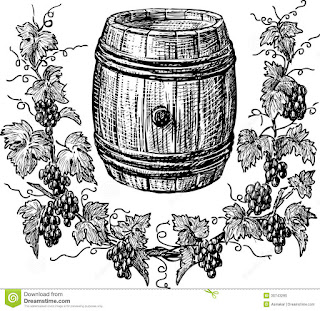 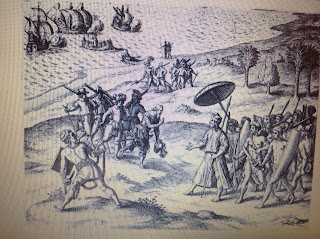 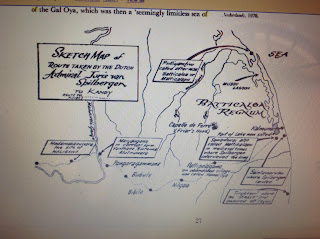 Email ThisBlogThis!Share to TwitterShare to FacebookShare to Pinterest
Labels: History, stories from yesteryear 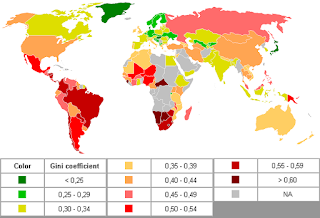 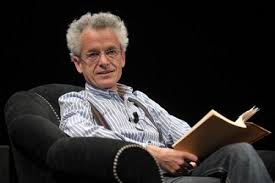 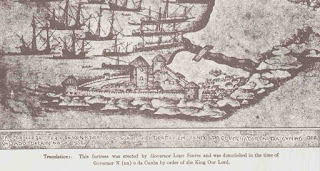 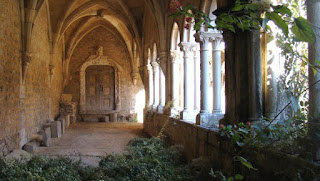 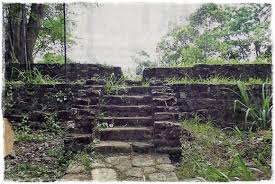 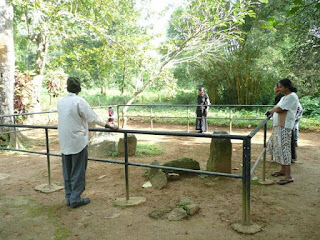 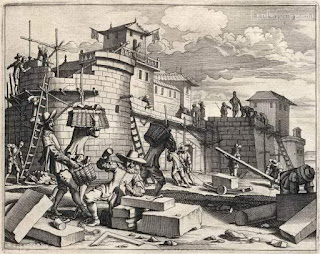 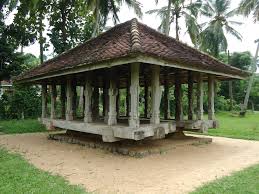 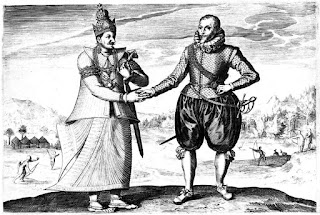 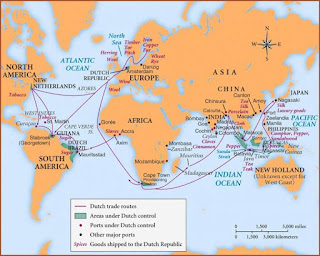 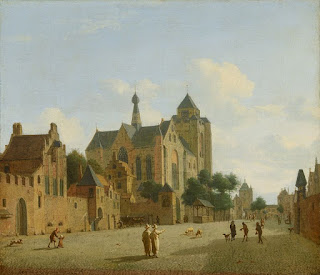 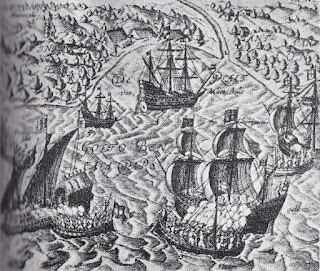 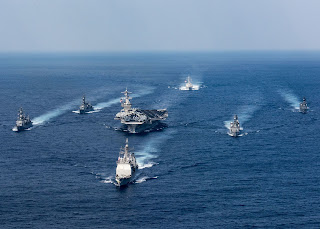 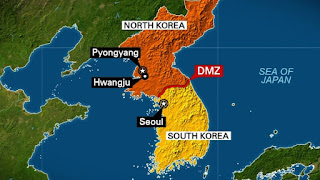 Brave fleet which sailed from Trincomalee

In 1582, the warrior King of Sithawaka (present Awissawella) Rajasinghe, attacked the Kandyan kingdom, drove away King Karaliyadde Bandara and made Wijesundara of Peradeniya, who had been the Prime Minister under Karaliyadde Bandara, King of Kandy. While on the run Karaliyadde Bandara died leaving his daughter and nephew heirs to the throne of Kandy.
After a few years, feeling that Wijesundara was trying to break away Rajasinghe lured him into travelling to Sithawaka to be crowned as King of Kandy and killed him on the way. Then he attacked and subdued the leaderless Kandyan kingdom.
Two teenage sons of Wjesundara were sent to the Portuguese Fort of Colombo to protect them from Rajasinghe. Two children, baptised and converted, grew up among the Portuguese. Konappu Bandara, the elder, became a strong and intelligent young man and was banished to Goa, the Portuguese capital in Asia by way of punishment for a crime.
He became an expert in swordsmanship and redeemed himself by killing a renegade Portuguese warrior in Goa in a dual. As a favour, Don Joa of Austria, as he was known by now, was sent to Colombo in the rank of Mudaliar, a senior officer in the Portuguese military.
After working with the Portuguese for several years in Colombo, he was sent to Kandy under a Portuguese general, to conquer the Kandyan kingdom. Once Kandy was captured, Don Joa of Austria turned rebellious against the Portuguese, joined the Kandyan army and threw away the Portuguese occupying army and made himself King of Kandy. Seeing that a prince, whose father was killed by him, had become the master of the mountains, king Rajasinghe of Sithawaka raised a large army and marched towards Kandy. Kandyan army met Rajasinghe’s army at Balana, Kadugannawa and defeated it decisively. It was said that the warrior king Rajasinghe killed himself, dejected by the disgrace inflicted upon him by a young aristocrat, who was not even from a royal family.

Sithawaka disintegrated after the demise of Rajasinghe and Prime Minister of late Rajasinghe, Jayaweera Bandara, joined the Portuguese with a formidable army of Sithawaka, which according to the Portuguese records, had 224 war elephants.
The Portuguese felt it was the best time to punish Don Joa, for them a usurper and traitor, and to become the masters of the entire island. The combined army of the Portuguese, Kotte, Sithawaka, Jaffna, Cottiar, Palagam and Panama consisting of ‘151,086 heads including 139,346 men of war, 11,740 coolies or labourers, with 75 war elephants, 1,000 Alias (elephants without tusks), 28,500 baggage oxen, marched to Kandy and overcame the resistance by the small Kandyan army. Don Joa ran away to the mountains.
The fugitive king waged a guerrilla war from the jungles and in a few months was able to create differences between the Portuguese and Sithawaka army by using some innovative strategies. This growing division culminated in General Souza killing Jayaweera Bandara at a private meeting. Don Joa attacked the confused occupying army, and in a series of battles culminating in the final battle at Balana, the Portuguese army was annihilated. Dying Portuguese general Fedro Lopez, handed over his young son to his arch enemy, Don Joa for care and protection, after the defeat at Balana.
After this great victory, over a world empire, which had its presence in more than 50 countries at the time, Don Joa married Kusumasana devi, heir to the throne of Kandy and legitimised his claim to the throne of Kandy through her. He assumed the golden sword under the name of Wimaladharmasooriya, built the Kandy city, temples, palaces, roads, fortress, and series of inns (ambalamas) along the main roads. The records of Admiral Spielbergen, who visited kandy during the reign of king Wimaladharmasooriya, is clear testimony to the improvements he effected to the kingdom, especially to to the Kandy city. His reputation, among other Asian kings, became so great after the defeat of the Portuguese at Balana, even king of Achin (present Indonesia) sent an emissary to Kandy to solicit assistance to fight the Portuguese in Indonesia, according to Dutch records at the time.
However much successful on land, he knew it was impossible to get rid of a maritime power like the Portuguese without having a fleet of ships, at least to block the Portuguese reinforcement from the sea when their fortresses were under siege. The alternative was to invite another maritime power in competition with the Portuguese elsewhere, to prevent reinforcements from sea.
King Wimaladharmasooriya did both. He started building a fleet of warships on the banks of the Mahaweli Ganga near present day Mahiyanganaya, to raise his navy and solicited ambassadors the Netherlands to come to Sri-Lanka to forge an alliance to support him from sea.
Admiral Spielbergen, who visited Kandy in July 1602, during the reign of King Wimaladharmasooriya, kept a comprehensive record of his journey and with regard to the ships being built at Mahiyanganaya his record says:

‘This town of Vintane is situated on the river of Trincomalee, where fine galleys and Champanes are made for the service of king of Kandy’. A galley according to Webster’s dictionary is a long low ship used for war and trading, especially in the Mediterranean Sea from the Middle Ages to the 19th century.
Champanes (Sampan), on the other hand, is a relatively flat-bottomed wooden boat 3.5 to 4.5 m (11.5 to 14.8 ft) long.
King Wimaladharmasooriya, however, unfortunately did not live long enough to see the success of his efforts; he died relatively young of a virulent fever and his brother Senarath Mahasthane assumed the throne. King Senarath sailed out a fleet, most probably the fleet that was built by king Wimaladharmasooriya, out of Trincomalee on May 16, 1612, to engage the Portuguese who were the masters of the oceans at the time. Phillipus Baldaeus, the Dutch priest, who lived in Sri Lanka and recorded contemporary history in his ‘True and exact description of the great island of Ceylon’ wrote:
‘The prince of Migonne (Negobo), Admiral and Naval Captain General, had at the request of the Emperor fitted out 2 fleets consisting of 3 war galleys and 3 yachts with which they were ordered to go on a cruise to intercept and capture the enemy’s vessels navigating between Cape Comoryn and Ceylon with instructions not to give quarter to the portugezen or any enemies of the State, (save the woman, children and slaves) as the slaves might be usefully employed on board own galleys. This fleet sailed from the harbour of Cotiarum on the 16th May with the nephew of the prince of Ove (Uva) as Admiral and Wandige Nay Hanni as Vice Admiral. The following are the names of the vessels and of their respective commanders.
1. the Galley Candy - Captain Sanderappo
2. the Galley Hollant - Captain Kistena
3. the Galley Migonne - Captain Dingappe
4. the Yacht Fortuyn - Captain Ordia
5. the Yacht Geluk - Captain Marasinge
6. the Yacht de Trouwe- Captain Sanderappo
‘The fleet returned on March 6, 1613, laden with spoils which amounted to not less than six tons of treasure. While to the north of Chilau between Negumbo and Mannar they fell in with, and captured 2 Portugezen vessels called patasios, 3 yachts and 20 barques which they destroyed by fire, they also fell in between Calecut and Cabo Comoryn with a Portugesche yacht; on the fleet nearing here, the crew threw themselves overboard and were drowned, they then gave chase to another vessel and ran her aground and after that look possession of a richly laden Moors vessel bound from Ormus to Cochin, they also captured another Protugezen ship on her way from Bengala, pitched the Protugezen and misticen and cargo overboard and made prisoners of the Protugezen women and slaves.
On their return near Panua they discovered a Protugezen ship at anchor but deserted by her crew who had left everything on board to their mercy. Of the rich spoil captured His Majesty made a distribution to his officers and sailors.’
So ended the brave attempt by the Kandyan kingdom to raise a fleet against the predominant maritime power at the time. The Sinhala fleet was braving the seas around Sri Lanka looking to intercept Portuguese war ships while their army was trying to dislodge Portuguese from Sri Lankan soil.
It is not clear why the Sinhalese did not continue their experiment further, encouraged by the success of the maiden campaign. Perhaps, they lost control of the Trincomalee harbour that was essential for sailing the fleet out or the Dutch made overtures for alliance against Portuguese at the time. This may have dampened the enthusiasm for further adventures at sea.
Yes, it happened only once during that period, but imagine, a small group of people building a fleet of war ships up river in dry season and pulling them down when the river is swollen with monsoonal rains, crewed by rookie sailors sailing out to unfamiliar seas, looking to fight most advanced war ships, belonging to a foremost maritime power of the day and being successful. That was one brave fleet no doubt!
at April 10, 2017 1 comment: 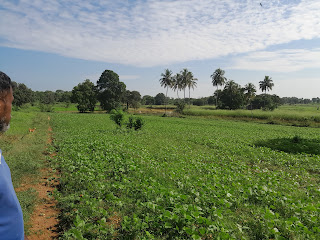